What Are Some of the Biggest Cryptocurrencies?

Bitcoin was the first cryptocurrency and thus is the most widely known virtual currency. Bitcoin was constructed with the hopes of simplifying peer to peer money transfer. Yet, many others have also been created with unique use niches. We will provide you with some details about several of the biggest or most popularly invested and traded cryptocurrencies including the original Bitcoin as well as Ethereum, Ripple and Tether.

Bitcoin Is the Leader

Bitcoin was invented by the alias Satoshi Nakamoto in 2009. The creator(s) aimed to provide asset owners direct processing power when exchanging their assets. In effect, they hoped Bitcoin would remove a need for including other intermediary parties who might dictate or interfere with users’ transactions. This intent included hopes that Bitcoin would be a platform where users could directly control their monetary transactions. Ultimately, the system developer’s objectives included simplifying asset exchange transactions between parties, increasing the transacting users’ privacies, and keeping processing costs low.

Being the first cryptocurrency created, Bitcoin’s subsistence and increased use has helped it in developing a legitimate reputation. Additionally there are many cryptocurrencies that were derived directly from Bitcoin while some others are uniquely original.

Yet, since it is the first digital currency, the technology is older and slower relative to its newer, younger competitors. In fact, transactions tend to take up to 10 minutes to process as well as consume more processing power and energy than the newer digital currencies. Despite these things, it remains the most popularly traded and valuable digital currency today. 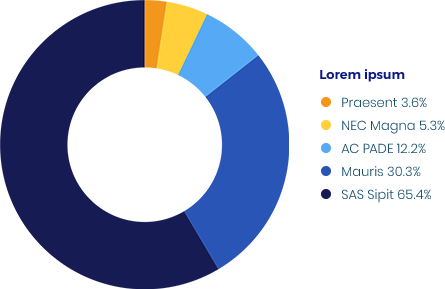 Ethereum Is Another Large Player

Ethereum created in 2015 is currently the second largest market capitalization cryptocurrency after Bitcoin. Ethereum uses decentralized application’s (DApps) in order to prevent any centralized body from having disproportionate power over its activities. The program instead depends on many different computers (i.e. located across the world) simultaneously running the Ethereum Virtual Machine application. These computers process transactions and communicate to one another via smart contracts. Ethereum prides itself on reducing data and processing load for transactions to more quickly be processed to the blockchain since it distributes both information and executable code.

Ripple Is up There as Well

Ripple created in 2012 is another widely popular cryptocurrency. It is systematically labeled and commonly called XRP.

Ripple (XRP) technology enables cross-border payments similar to that known of SWIFT but shows a lot of promise for being a lower cost method of funds settlements. Thus many institutions have high interest in using it and many banks are experimenting with this method.

It should also be noted that this cryptocurrency’s framework is largely underpinned by Ripple labs. Hence, it is less decentralized than many other cryptocurrencies. Yet, with this basis, it is highly protected against distributed denial of service (DDOS) attacks. This can be attributed to it increasing transactional costs for each transaction.

Tether Should Also Be Mentioned

Tether, created in 2014, is different from several different cryptocurrencies in that it is promised to be backed by an equivalent amount of fiat currencies which are held in a designated bank account. This gives the digital currency a bit more value stability than other currencies whose values are based on their dynamic market factors. Yet, there has been speculation over whether or not the coin has the correct equivocal amount of fiat currency to back it.

The popularity of cryptocurrency is gaining traction and these few should be watched for investment considerations as well as their possible uses for other purposes.

Traderpedia is the original online forex glossary made specifically for forex traders. Enhancing your trading vocabulary is crucial if you want to able to follow the financial markets. (needs rewrite)